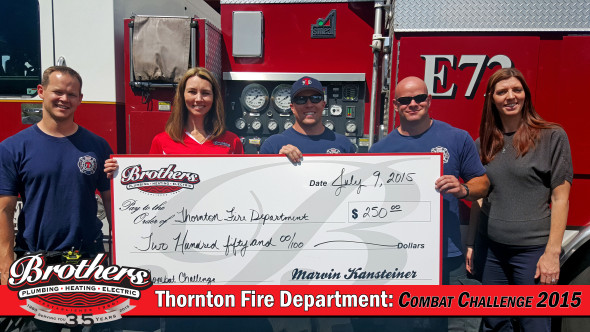 What is the Firefighter Combat Challenge?
The Challenge annually attracts hundreds of U.S. and Canadian municipal fire departments at more than 25 locations and is now expanding to countries around the world, including New Zealand, Germany, Argentina, Chile, and South Africa. The Challenge seeks to encourage firefighter fitness and demonstrate the profession’s rigors to the public. Wearing “full bunker gear” and the SCOTT Air-Pak breathing apparatus, pairs of competitors race head-to-head as they simulate the physical demands of real-life firefighting by performing a linked series of five tasks including climbing the 5-story tower, hoisting, chopping, dragging hoses and rescuing a life-sized, 175 lb. “victim” as they race against themselves, their opponent and the clock.

History:
The Challenge was born the day that Chief David Gratz, Director of Fire/Rescue Services, Montgomery County, MD, walked into the Human Performance Laboratory at the Sports Medicine Center of the University of Maryland in July, 1974. Present to greet him were Drs. Dotson, Santa Maria and Davis. Chief Gratz’s interest was immediate – he needed a validated test. The mission: develop a physical ability test to determine whether a job applicant had the requisite capabilities to perform the essential job functions of a firefighter.

With US Fire Administration funding, the research design was laid out. It required the cooperation of fire departments in seven Washington, DC, political jurisdictions, each providing a representative sample of firefighters proportionate to its relative size. Ultimately 100 randomly selected firefighters underwent a battery of fitness tests at the Human Performance Laboratory that included measures of cardiopulmonary performance and muscular fitness.

Concurrent with the fitness tests and with the assistance of the Maryland Fire Rescue Institute (MFRI), Drs. Dotson and Davis designed a criterion task test (CTT) employing five commonly performed or highly critical fireground evolutions. Each of the 100 firefighters performed the five tasks successively while wearing full protective ensemble (including SCBA) “in the same manner as at the scene of a fire.” After all testing, the results of the laboratory fitness measures were statistically correlated against the C1-1- performances. This landmark study demonstrated a high correlation between personal fitness and job performance. That was in 1976.

In 1991, Dr. Davis hit upon an idea that would eventually become the Challenge. He had observed the competitive nature of firefighters during the initial testing back in 1976. So, he thought, “why not devise a competition that would highlight the unique nature of the fire service and showcase the talents and capabilities of firefighters.” The CTT seemed the perfect “vehicle” for the task.

In early 1991, he approached the Washington, DC, Council of Governments to get support for his idea, briefing the various fire chiefs on his concept for the competition. With their approval he worked with the Fire Training Officer Sub-committee and came up with the rules for the competition. Everything was ready.

Sunday, May 5, 1991, dawned bright and cool. Teams from five departments in the D.C. metropolitan area gathered at MFRI to christen what would become the Firefighter Combat Challenge. Quiet as church mice while instructions and rules were given, the several hundred spectators erupted spontaneously as the first competitor made his way to the top of the tower. The crowd’s response told Davis that he was onto something. TV coverage and a four-page color story in Fire Chief Magazine added credibility to the event.

The first Challenge was won by Prince William County, VA, in a time of 10:08. Although that was the only event that first year, the seeds of competition had been sown. The next year, 1992, with DuPont as the presenting sponsor, saw seven competitions and the first truly national championship held during the International Association of Fire Chiefs’ (IAFC) annual meeting in Anaheim, CA. The Casper Fire Department took top honors.

By 1993 the Challenge had expanded to twelve events spread across the nation. ESPN initiated its coverage of the Challenge at the National Championship, the first-ever indoor competition. The Championship, held in Dallas, TX, during the annual IAFC meeting, was won, again, by Casper.
***All information regarding Scott Firefighter Combat Challenge was pulled directly from http://www.firefighter-challenge.com/*** 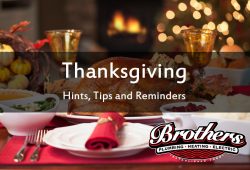 Thanksgiving Hints and Tips November 7, 2022 Many people have started preparing with Thanksgiving upon us and are preparing for the upcoming holiday. But did you know that for Brothers Plumbing Technicians, Thanksgiving is the single busiest... Read more »

Programming Your Thermostat For Fall And Winter October 6, 2022 The Department of Energy suggests that 68 degrees Fahrenheit is the ideal thermostat setting when you’re indoors in the fall or winter. That’s because the closer your home temperature is... Read more »

Cold Weather Recommendations September 19, 2022 Winter is right around the corner. With winter comes colder and colder temperatures. Unfortunately, the cold can wreak havoc on your home. Before the onset of cold weather, prepare your... Read more »

Winter Hints Tips Reminders December 1, 2022 Winter is in full swing, and if you didn’t take the time to prepare, now is the time to tackle all those home maintenance items. Many of these winter hints... Read more »
See All Hints & Tips